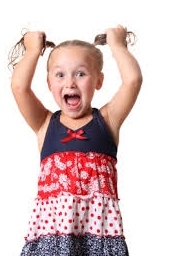 This is one of the most elusive writing concepts to grab and squeeze onto the page.  Assuming nothing, let us talk about what it is not:

It is not Show AND Tell.  Show and Tell is when you bring a smooth, dark gray beach rock to class because it has a white band that goes all the way around, but someone else brings a mouse in a clear plastic container and no one cares about your rock.  Then years later, you purchase five mice and try to train them to run a maze for the Science Fair, but on Exhibition Night you have twenty-three mice whose priorities are…not running the maze.  Because of the fascinating horror of your exhibit, the school makes a rule that science fair projects can no longer involve live animals.  Your friend Abby wins the Fair for her exhibit featuring double-glazed windows, but you are not jealous because she was doing Actual Science and it turned out that you were doing Show and Tell.

Show VERSUS Tell is this:

Telling:  Ricky was not afraid of spiders.

Showing:  When his mom wasn’t looking, Ricky scooped the spider into a Dixie cup and relocated her to the bathroom, where she might catch a silverfish.

See what I did there?  The same information is conveyed, but the second version is a little more interesting.  You know Ricky has a mom.  You know that Ricky is skilled with arachnid capture and release.  You know he knows what a silverfish is and that his spider is female.  In your mind’s eye he might even have his shirt half untucked and dirt under his fingernails and maybe he brings spiders to the kitchen, too, and lets them duke it out with the earwigs.

So once you hunt down and fix all the instances of “telling” in your novel, along comes a rejection letter that encourages you to really work on your “show versus tell” problem.

See what I mean?  Elusive, and also a little smug.

Then I came across this article by Chuck Palahnuik, who wrote “Fight Club.”  It applied the “show versus tell” issue not just to information, but to inner monologue.

Well, that was informative and specific and funny and how could I possibly not know that?!  It is easy to spot Show Versus Tell issues in someone else’s writing, but it’s hard to do it in my own.  Chuck’s article helped me see that even a character’s personal thoughts can be drawn out, and not simply “told” and then masked with body language or setting or some other literary device. Possibly your own writing has already lassoed this issue into the corral.  Hooray!  I am still trying to untangle the rope.  Let’s spread the word about Chuck’s Advice to people who are similarly mystified by Show Versus Tell.

In my next post I will address Show Versus Tell’s flashy and sometimes inappropriately-dressed-for-church cousin, Overwritten.

3 thoughts on “SHOW VERSUS TELL”